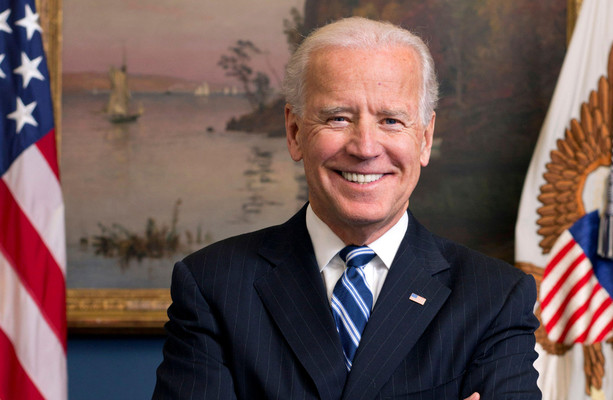 A CNN poll conducted this week to gauge the attitude of the American people towards President Joe Biden was reportedly quickly shared by the White House, as it marked some kind of comeback from late summer lows. Right now, 50% of those polled approve of the Scranton, PA native’s tenure, and 49% disapprove.

For obvious reasons, these numbers will fuel the narrative that the United States is hopelessly polarized. The binary nature of presidential politics, however, masks the truth that better characterization of mood on the ground is fragmented.

For example, in the same CNN poll, self-identified Democrats are equally divided on their party’s trajectory: half think it should follow the lead of the progressive wing; half think the cautious moderates approach is appropriate.

Another recent poll, that of Quinnipiac University, is more concerning for President Biden and illustrates both the complex environment in which he operates and the political challenges he and his party face.

The main conclusion is that 60% of independents disapprove of his performance in office to date. Many of their voices alternate between Democrats and Republicans. Therefore, they form a crucial constituency

How did we get here? Following four tumultuous years and an election result spawned in large part by the fact that enough women and men in troubled politics had had enough of Donald Trump, Joe Biden was supposed to be the man to take the temperature down and start to reunite the country. To his credit, he did the first.

On the latter, in fairness to the President, much of the lingering discord stems from factors beyond his control. Again, the United States is not well placed; Trump would never have defied the odds in 2016 otherwise. And his defeat last year has only emboldened the most hardened adherents who continue to participate in loud rallies to demonstrate their devotion to the man they believe was stolen of his second term. .

Although he has been stripped of his Twitter account and does not enjoy the same level of support within the GOP, Trump remains a force to be reckoned with.

Additionally, congressional Republicans, such as Senate Minority Leader Mitch McConnell, do opposition and obstructionism very well. They are extremely capable adversaries; McConnell is a master of the “dark arts” of political wrangling on Capitol Hill, where Democratic majorities in both chambers are very slim.

Heart and soul of the Capitol

In the United States Senate, two of President Biden’s own party colleagues, Joe Manchin and Kyrsten Sinema, mainly because of their centrist tendencies as representatives of West Virginia and Arizona respectively, but also because of what seems to be a penchant for the limelight, have hampered its flagship initiative: an extraordinary $ 3.5 trillion expenditure on physical and human infrastructure that aims to help stimulate the economy.

By the way, those on the left who vehemently attack Manchin and Sinema should remember that there are inescapable political calculations at the forefront of their maneuvers. Indeed, Democrats are lucky that it is these moderates who are delaying legislation.

If the party’s standard bearers had not prevailed in two races for the US Senate under arguably hazardous circumstances last January in Georgia, a bill with an objectively stratospheric price would have no chance of being passed. Moreover, as Janan Ganesh asserts in the Financial Times, Democrats actually win by having “independent minds” like Manchin and Sinema in red or reddish states.

That said, if President Biden cannot secure significant investments in infrastructure, it could both alienate and scandalize progressives. More generally, a failure would provoke scrutiny of one of candidate Biden’s business cards: having spent decades as a Delaware senator, he is a seasoned and highly regarded negotiator, ready to do whatever he wants. takes to achieve his legislative goals, unlike the man he served as Vice President, Barack Obama.

Another of his strengths frequently announced during the election campaign in 2020 was that he was competent and stable, unlike his predecessor, especially in the field of foreign policy and international relations.

But President Biden’s first significant effort, the withdrawal of US troops from Afghanistan, did not go well, to put it mildly. This undermined that aspect of its appeal and perhaps contributed to its bad reputation with independents.

A Marquette University poll in September showed that 2/3 of Americans were not in favor of the way the United States left the war-torn country. This coincided with an overall decline in President Biden’s popularity. The movement was in tune with an increasingly loud and unrepentant clamor from citizens for a focus on the home front, but concern over what everyone saw unfolding in Afghanistan persists. . The memories will fade, but political damage has been done.

This assessment of the first nine months has not affected the Covid-19 which, despite all the efforts of the administration, continues to afflict and kill many people. The pandemic has been politicized by some on the right who have called behavioral restrictions or advocacy for vaccination antithetics to the enjoyment of freedom or, worse yet, un-American.

So in terms of alphabetical note, what does Joe Biden deserve at this point? My estimate is between a C + and a B-. He has not been as bad as his enemies at the extremes of the ideological spectrum in the United States claim, nor as deceitful as some of America’s allies have claimed after observing the chaos in Kabul.

But there have been missteps, some of which are surprising. It bears repeating that governing in a frankly toxic climate is an incredibly difficult task. President Biden has nonetheless been and will be judged harshly for any perceived shortcomings. All eyes are now on the infrastructure package, given the potential benefits that could result for workers and the economy in general. His fate will speak volumes.

No news is bad news
Support the journal

In the end, voters will mark the ballot that matters the most in November 2022. And that’s just “game” for these midterm elections, which are invariably a referendum on incumbent POTUS, in campaign land. perpetual. .

Larry Donnelly is a lawyer in Boston, professor of law at NUI Galway and political columnist at TheJournal.ie. His new book – “The Bostonian: Life in an Irish American Political Family” – will be published by Gill Books on October 15 and can be pre-ordered here.