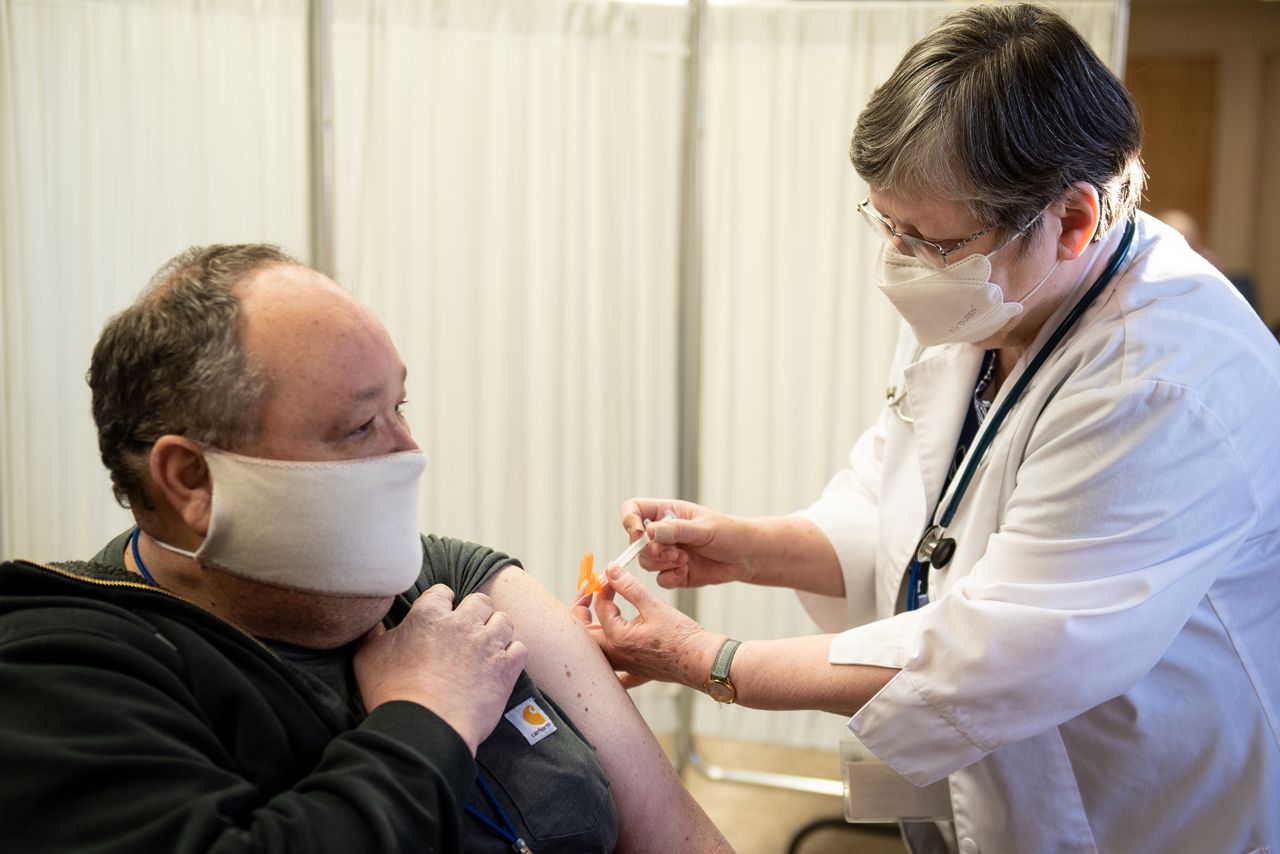 New Jersey reported one COVID-19 death and 2,783 new confirmed positive tests on Sunday as six additional counties were upgraded to “medium” transmission rates. The CDC does not recommend healthy people wear masks in the “low” and “mid” areas.

Hospitalizations, which typically lag case trends by about two weeks, have also increased so far this month. There were 600 patients with confirmed or suspected coronavirus cases at the state’s 71 hospitals as of Saturday evening.

Hospitalizations remain significantly lower than they were when they peaked at 6,089 on January 10 during the omicron wave.

According to state data, at least 131 people were released during that same 24-hour period ending Saturday night. Of those hospitalized, 68 were in intensive care and 28 were on ventilators.

The positivity rate for tests taken on Tuesday, the most recent day with data available, was 8.65%.

After months of all 21 counties in New Jersey being listed as having “low” transmission rates, 14 counties are now at “medium,” according to updated guidelines from the U.S. Centers for Disease Control and Prevention. That’s six counties more than the community levels determined on April 28.

The BA.2 strain of COVID-19 has been spreading in New Jersey for weeks, but at much lower rates than the omicron surge in December and January. Officials said the “stealth” subvariant of omicron appears to spread more easily but generally does not cause more severe disease.

New Jersey has reported 1,970,847 total confirmed cases of COVID-19 out of more than 17.6 million PCR tests performed in the more than two years since the state reported its first known case on March 4, 2020.

The Garden State also recorded 318,103 positive antigens or rapid tests, which are considered probable cases. And there are many cases that were probably never counted, including positive home tests that aren’t included in state numbers.

The latest figures follow a major study which finds that even a mild case of COVID-19 can significantly affect the brain. Long COVID – the term commonly used to describe symptoms resulting from the virus long after a person no longer tests positive – has been found to affect between 10% and 30% of those who contract the infection, whether they have a mild or severe case.

More than 6.88 million of the 8.46 million eligible people who live, work or study in New Jersey have received the first round of vaccinations and more than 7.79 million have received a first dose since vaccinations began here on December 15, 2020.

More than 3.6 million people in the state eligible for boosters have received one.

Since the start of the school year, 109,723 students and 31,356 school staff have contracted COVID-19 in New Jersey, although the state has never had more than two-thirds of school districts reporting data. over the course of a week.

The state provides the total number of student and staff cases separately from those considered school transmission, which is narrowly defined as three or more cases linked through contact tracing.

New Jersey has reported 653 total outbreaks in schools, including 4,538 cases among students and staff. This includes 20 new outbreaks from data reported last week.

According to state data, at least 9,041 of the state’s COVID-19 deaths have occurred among residents and staff members of nursing homes and other long-term care facilities.

There have been active outbreaks at 226 facilities, resulting in 2,559 current cases among residents and 2,511 cases among staff, according to the latest data.

As of Sunday, more than 517 million cases of COVID-19 have been reported worldwide, according to Johns Hopkins University, with more than 6.2 million people dying from the virus.

The United States has reported the most cases (more than 81 million) and deaths (at least 997,503) of any country.

More than 11 billion doses of vaccines have been administered worldwide.

Our journalism needs your support. Please subscribe today to NJ.com.